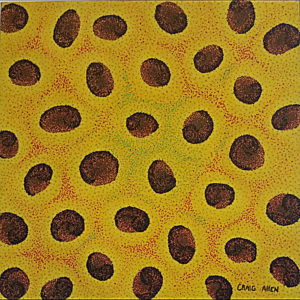 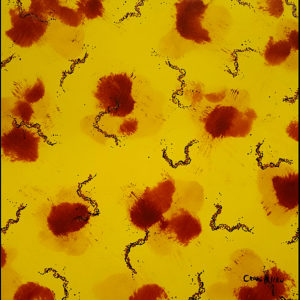 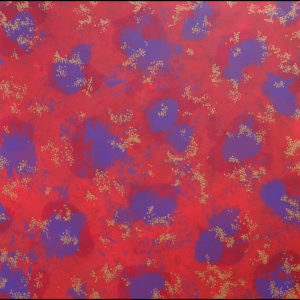 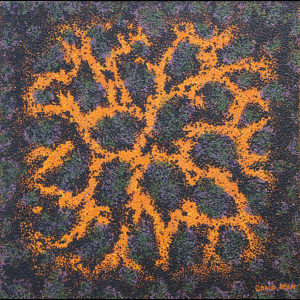 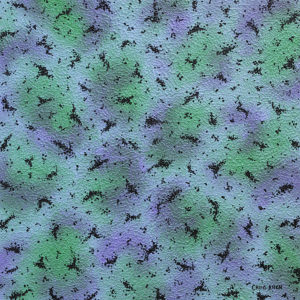 ‘Transform your life or die’.  I received this message loud and clear, not so softly spoken, perfectly packaged and delivered to me in the form of a tightly wound strand of RNA housed in the form of a microscopic virus.  Like a melodramatic episode of the Twilight Zone, in a space that seemed to exist between two heartbeats and in less time than it took to administer a blood test, I learned firsthand how fast life can change when faced with either living or dying with a virus.  “All sorrows can be borne if you put them in a story, or tell a story about them”, wrote author Isak Dinesen.  If death is a wall I cannot see over, then one way for me to understand my infection is through metaphor. My artwork, painting and writing have become part of that metaphor.

Existing within each of us, in viral fragment is a record dating back millions of years.  More than half the human genome has probably underwent some degree of change in response to viral impact. It is thought that all cellular life on Earth may host at least a single RNA virus.

Despite divided opinion on whether the virus can actually be thought of as ‘alive’, these capricious biological entities are an example of evolutions power in the producing of intricate structures and tactics designed for survival.  Lacking the biochemical features that would allow a virus to survive independently, the main supporting argument for their status as non-living entities, these strands of nucleic acid encased in protein infect animals, fungi, plants and bacteria, and can be found in oceans, soil, forests, and cities.

There are four challenges faced by a virus in its quest for ecological survival and reproduction.  How to transmit between hosts, how to take over host cells and resources to produce copies of itself, and how to leave the host to continue the cycle. Infection by virus often occurs without any outwardly sign or disease.  Once infecting a cell, a virus may become ‘temperate’ or non-replicating and latent, incorporated into the host’s chromosomes; or it may be come ‘virulent’ and destroy host cells in the manufacture of millions of copies of itself.

Viral diseases can be exceedingly difficult to treat.  The virus itself becomes an integrate part of the cell in which it infects and to treat by use of chemical means also results in the inhibition of the proper functioning of the host cell.  Smallpox, Chickenpox, Measles, Rubella, Mumps, Shingles, the common cold, Influenza, Polio, Yellow Fever, Rabies, AIDS and Ebola; a long list of names associated with viral infection can easily be made.  It is believed the virus may be implicated in some leukemia’s and cancers; the cause of possibly as many as one-quarter of all cancers.

The virus is capable of mutation, re-assortment and recombination; the viruses responsible for causing the flu a supreme example of that capability.  Either animal or man can be infected with more than a single strain, all of which are then capable of swapping genetic material between them, resulting in a new, potentially fatal virus unrecognizable to human antibodies and an unprepared population. This has happened before and experts predict a high likelihood of it happening again.

I am ever seeking a deepening to the experience, the rapture of being alive.  I want my life experiences on the physical plane, regardless of what they may be, to resonate harmoniously with my innermost being.  I believe that is the desire and dream of most human beings.  I do not find the virus to be an ugly thing.  On the contrary, under a microscope the virus can be a beautiful and complex form or shape.  They are fascinating on their outside and probably even more so to a virologist on their inside.  It is the endless shapes I find fascinating. Organic and abstract forms that beg to be painted, to be further abstracted and unfortunately, at the same time reveal their propensity to be lethal.

I am living through this process of incarnation by painting and telling my stories, knowing contained within my body and integrated within my cells there is something I would rather do without; a real killer.  There are worse things, I know. I’ve seen it in books if not in person.  The world can be an indifferent place and many people suffer from acute and fatal maladies.  HIV if left unchecked and untreated gets ugly really fast, I’m just blessed to live at a time when treatment is an option and, in a country, where it is readily available.  To move toward this reality and not to run from it is a choice I have decided to make.  I’m not so sure I could do anything else when the world is filled with amazing individuals who bear the burden of things that can seem to me to be far greater.  To do less than they would be to do a disservice to their accomplishments and the transcendence I stand in admiration of.

I do not think any of us remain untouched by something of the magnitude of the virus.  And as indifferent as the natural world can be, I do not want to be indifferent to the pain and struggles of others.  I do not seek or ask to bear their burdens, I have my own, as you undoubtably have yours in whatever forms they manifest.

The virus is potentially dangerous and incredibly complex.  Among them only the fittest have survived and in that knowledge also lays a seed of inspiration.  Adaptable, incredibly small, resourceful, elusive and subtle, the virus continues to shape who we are and the way we live in the world around us.  I am a product of that world and subject to its evolutionary laws.  I know I am not alone in that. None of us are.