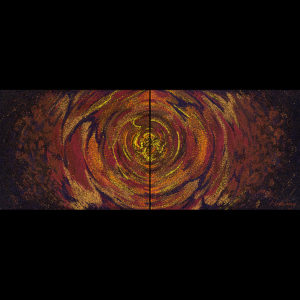 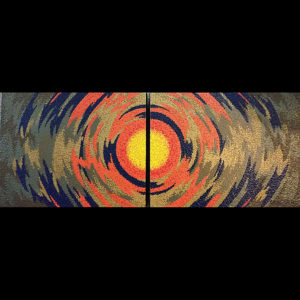 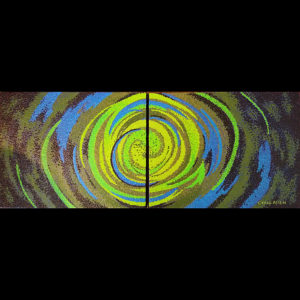 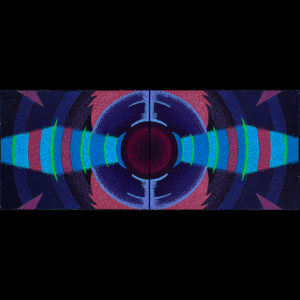 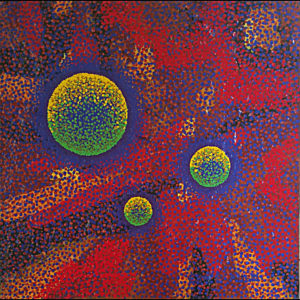 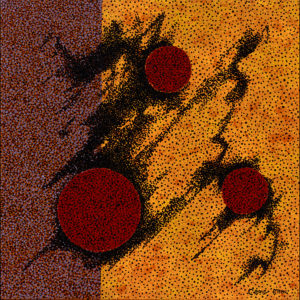 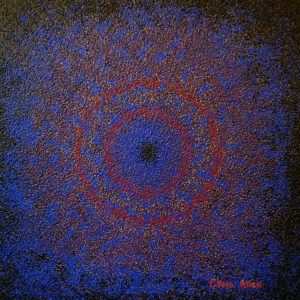 Maybe, being an alien felt more comfortable than being a faggot. As a child, I would wander out into the backyard, sit alone and gaze into the immense night sky, searching with wonder, the multitude of distant starts stretched into the great black and blue beyond. Were there ‘Universal Truths’ hidden away from me out there somewhere? Was there possibly someplace out there that I might actually belong? Conflicted in feelings, I wanted to fade, to dissipate; I wanted to be rescued from this place or to merge with something greater than my world and myself.

I grew up in the 1960’s and ‘70’s. A turbulent cultural and political era, it was a time before self-acceptance seemed much, if any kind of option, a time before gay marriage was near even some distant far-flung horizon. Knowing I was different, I lacked the language and the role models to help articulate my feelings of alienation. So I lost myself in books of Science Fiction and I sought for clues and characters in those works that might help to explain and lead me through my feelings. ‘Star Trek’, ‘Lost in Space’, ‘My favorite Martian’ and other television shows and movies helped keep my faith alive that there must be something more. Armstrong’s first amazing steps upon the moon somehow proved to me that there was a definite realness to the fantasy.

Yearning to live among the stars I fell in love with space, time, and inter-dimensional travel while savoring the natural world surrounding me. Sitting in the backyard lost in all these thoughts, dreams and fantasies, digging my fingers into the grass and ground, I began to listen to the tumultuous sounds of this world. I could imagine at times, I heard its voice in every blade of grass, every tree and insect; that it was held within the rocks of the soil, mirrored in the beat of my heart and in all that I found around me. The moon, hanging so beautifully as a heavenly friend, clouds taking shapes of portent across the midnight sky, I listened closer to the whistling wind; flowers, fields, life itself were seen in this glowing magical light.

In a time that now seems eons ago I first began to wonder what, and where my voice was and what was the language I should use to speak it. As a child I loved my box of crayons and any kind of craft supplies and had some fathom, an inkling that art beckoned to be that language. Art was however, at that age just a past-time relegated to a single class in school or those quiet times left alone. As I grew older the mantra I was taught at home continued in its incessant drone, always being that art wasn’t something I should or could pursue as a way of life. After all, it seemed everyone knew the tale of the starving or half-crazy artist.

Both mentally and emotionally denied it seemed, those two things I was beginning to believe myself to be, an artist and a homosexual, a splintering life of doubt, angst and indecisiveness began to lodge, shadow and hang heavy on my heart and in my mind. The paintings in this series feel cosmic to me in the same way those days back then did. They are inspired by that same reaching and searching for that elusive something I was looking for. They are part of the reassembling of those splinters, the search they represent is as much one looking outward as inward.

To this day I’ve never lost my love of Science Fiction although it has blossomed more towards science fact. I feel an excitement with each new discovery as humankind continues to reach beyond the confines of this planet and all that is now known. Photos of distant star systems, gas clouds, suns and planets ignite me. It is a feeling very much similar to that which I experience when caught up in the timeless flow of painting. These paintings provide me a way to lay claim to my heritage and past as well as a present and limitless possible futures. I realize now that a life as an artist isn’t something I can or cannot choose any more than being gay.

I can’t help looking back on those times however, knowing that it was there, sitting in that damp grass, on the edge of what I perceived to be nowhere that I began to search for some type of ‘Universal Truths’ and my paintings are a way to reflect back on the things I now see and windows of a sort to look towards ever brighter days. I make no claim to have found any truths that may apply to anyone but myself and even those truths sometimes seem frail and tenuous. But life, as we know is a process, one that unfolds out over the days and hours and cannot be rushed like my painting or the journaling I do about my work. I have learned these days however, it involves being much kinder and less critical of myself although I may not yet have completely mastered that skill.

That kindness too involves how I perceive the past. It is now in hindsight I see that there was a type of cosmic significance being bestowed on me during those youthful days and moments of unknown grace; given to me perhaps by the stars and the moon that I called friend or my own tenacity in my beginning search for self. There are many things can be argued I suppose. I have also come to realize at this point in my life I have always had the tools I needed to plant my feet firmly upon the Earth and make it the home I have always craved, knowing too that I already do live among the stars.