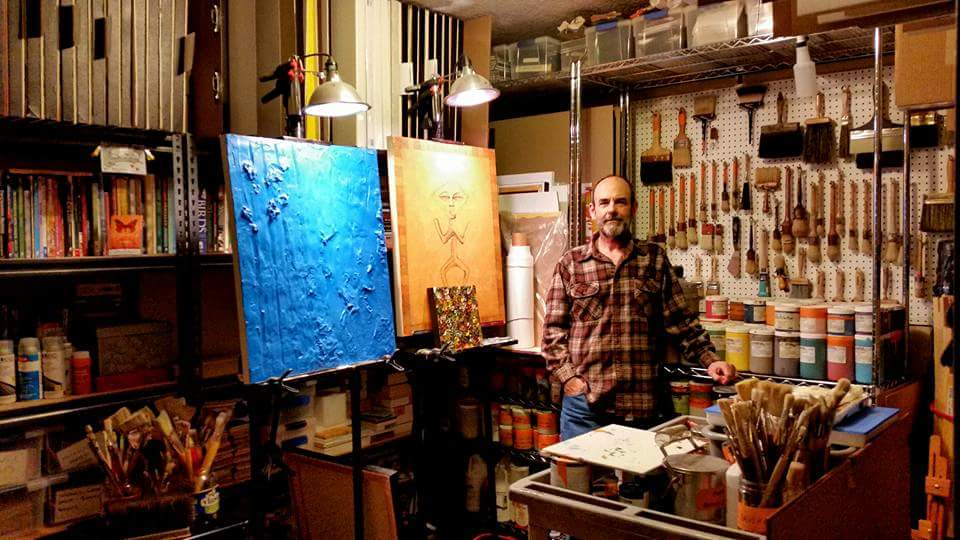 Getting to the Point

What style is this?  What do you call this type of painting? The quickest answer to those queries would be to say "I am a Pointillist". But that would be a simple distillation of language and technique.  Certainly terms such as “Neo-Impressionism”, “Divisionism” and “Chromoluminarism” could also be applied to my work.

“Pointillism” the term probably the most widely understood, was a brief artistic movement, mostly disseminated by Georges Seurat (1859-91).  It required the use of tiny dots of color that, from a distance, blurred together into a recognizable image (think people on a riverbank).  Seurat attempted to replace the emotional subjectivity of the visual process with a scientific objectivity based on the laws of optics.  He explored the composition of color and form through the analysis of light and the breakdown of color into its constituent elements.

The painter Paul Signac, who, with the premature death of Seurat in 1891, continued the elaboration of Pointillist theory but rejected this term preferred instead “Divisionism”.  According to Signac, “In the Neo-Impressionist technique, many people unresponsive to the effects of harmony, color, and light have seen only the method. Divisionism is a complex system of harmony, an aesthetic rather than a technique. The dot is only the means”

Signac,
a man of his times, arrived at the conclusion that behind the scientific
explanation of the technique, there were political aspects to the work.  He believed in order to “overthrow the old social
edifice,” an artist should aim for harmony.  “Justice in sociology, harmony in art; the
same thing.  The anarchist painter is not
someone who will paint anarchist paintings.  That would be to fall prey to the same error
as made by all too many well-intentioned revolutionaries who demand that works
of art have a precise socialist content.”

Paul Signac was as much a writer and theorist as a painter and his work helped pave the way for those future artists to come.  In his 1890 work, “Portrait of de Félix Fénéon” , the abstraction of the background can be interpreted to have a spiritual aspect, a development that flagged the way to Symbolist-style interpretations.  “Symbolism” was a reaction in favor of spirituality, the imagination, and of dreams.

The innovative technique initially developed by these two artists was adopted and further expanded upon by a range of artists working in Europe. Among these artists is one of my favorites, the Italian artist Giovanni Segantini who used short and long thin brushstrokes as opposed to points or dabs of paint. Segantini's worked received erratic critical reception, since Divisionism in Italy at the time was frequently criticized as a symptom of decline. It is the long view of history that these artists have come to be seen as three of the most important trailblazers of modernism.

This leads me as far from European painting, philosophy and politics as is possible to the work of the “Aboriginal Dot Painters” of Australia.  Dot paintings of the Australian desert peoples have often been referred to as sand paintings.  This original reference stems from their beginnings found in ground paintings that were created by clans as they moved nomadically across the landscape.  Traditionally, the clan would gather around a central site, which would be cleared so that "paintings" could be created using seeds, flowers, sand, stones, feathers, and other natural materials.  The clan elders would sing their way through the painting process, imparting tribal knowledge to younger members of the clan.  The various symbols were and, to some extent, are today explained and interpreted as lessons in the clan's history and heritage, its creation story, and the location of sacred sites, food sources, and places to find water.  In our modern times, these designs are painted on board and canvas for sale to the outside world.  And, while the exact meanings of the designs are usually unclear to outsiders, they often have deep cultural significance to clan members.

I am not so much concerned with working in strict accordance with any artistic movement, but I do think about these potential definitions surrounding my work because I am part of the larger world around me.  Am I a “Pointillist,” a “Neo-Impressionist,” “Divisionist,” or a Dot Painter?  My style is seeded in the science of “Divisionism” using a pointillist technique but mirrors the inner workings of my mind and spirit in somewhat of a “Symbolist” manner.  So much for trying to remain undefined.

In the end, it does and it doesn’t matter what it’s called.  What I do know is that I am an artist who chooses to paint using dots of color because I enjoy it and I like the challenge.  It feels right and it comes as an expression of my heart and an extension of my spirit.  I find the process I use to paint to be very meditative and it can be Zen-like in it’s frustrating nature.  And, comparable to Zen, which emphasizes personal expression of experiential wisdom in the attainment of enlightenment, I live the experience of painting.  I grow, become a better human being because of it and hope that others will as well.  When I paint, I live in the moment; I feel truly present in a way that somehow seems effortless - a feeling I often struggle to achieve, without success, in other areas of my life.

Like Seurat, I am fascinated by light and color.  I find endless delight in how it makes me feel and think, what it is, and where it comes from.  I am fascinated also by the history of color and the origin of the pigments I use.  In the wake of Signac and the Symbolists, my work is rife with ciphers, enigmas, and pictorial representations that can have meaning culturally, but do so always on a very personal spiritual level.  And like the Dot Painters of Australia, I am singing a song when I paint.  I am telling the story of my life – my history, my experience, and of my sacred places.  My painting is a path to those places where I find metaphorical nourishment and life-sustaining water.  My work is my interpretation of the world around me and also a revealing of the lens through which I see it.  This may not always be so clear to those who look at my work, but in a continuous cycle, these interconnected and interdependent forces give rise to each other and in turn from within, I look out, to gaze again within.